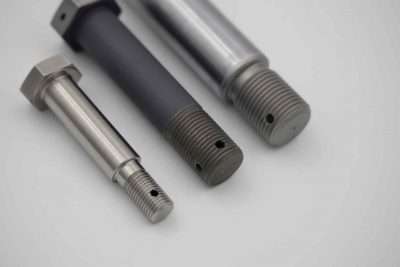 Superior Thread Rolling’s deburring team is an essential part of our manufacturing processes, as it removes sharp edges, or burrs, from the material being processed. Deburring of the part provides fit, form, and function to ensure that the parts install together properly. Deburring is critical to safety as sharp metal burrs or edges can easily injure the user. This manufacturing technique is one of the many in-house processes that our customers are able to take advantage of.

What Goes Wrong When Deburring Is Performed Incorrectly

The Challenge of Deburring Threaded Parts with Keyways

Thread rolling is a tightly controlled process used for projects that require high repeatability. Because of this, threads must be manufactured according to nearly perfect quality standards. STR is capable of thread rolling to these high standards, but trouble arises when customers attempt to implement a key-cut within the threads after the thread rolling process. If post-key-cutting deburring is performed incorrectly or without the same level of exacting precision that Superior uses, then the end-product part will likely not fit when put into use. This is most common for projects involving solid film.

While this issue is a deburring problem, rather than a thread rolling problem, we have been involved in a handful of projects where the customer made the mistake of prioritizing precision only during the STR thread rolling process and not during their own deburring process. It is an easy mistake to make, which is why we encourage our customers to make sure they verify their threads with gauges after deburring, or allow our team to handle the process entirely!

Without good deburring, you put the function of your end-product at risk, which is why you should only let a company you trust handle your keyway projects. With well-developed methods promoting deburring efficiency and accuracy at our disposal, Superior Thread Rolling is equipped to handle any project you send our way. 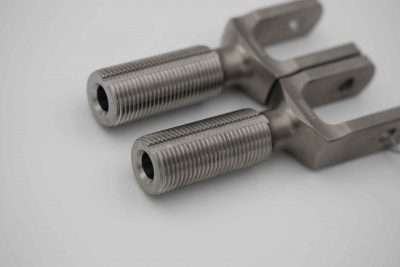 Superior Thread Rolling is equipped to perform deburring according to high quality standards. Backing our claim to excellence, our company regularly updates our accreditation to both the ISO 9001 and AS9100 programs. This certification ensures that our comprehensive list of services can be relied upon to meet global quality standards. Superior Thread Rolling maintains its status as a company that values our employees, suppliers, and customers alike, setting the industry standard for excellence. 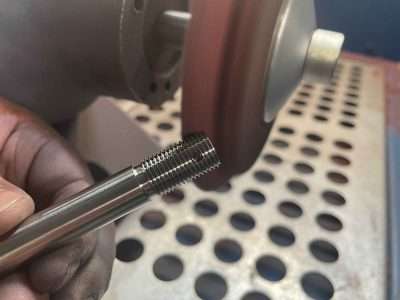 Quality deburring results are a guarantee when you invest in well-rounded expertise. At Superior Thread Rolling, we have cultivated a work environment that encourages continual progression towards innovative solutions and professional development that resulted in our highly trained, time-tested workforce. Furthermore, a commitment to timeliness and to high quality standards is emphasized among our workforce, because at Superior Thread Rolling we understand that our customers are counting on us to provide trustworthy service.

Whether the project you send to us requires deburring, or any other type of thread rolling service, you can depend on Superior Thread Rolling to consistently present efficient and innovative strategies to meet every new challenge. Moreover, Superior Thread Rolling does not simply produce quick-fix manufacturing solutions, but solutions that will truly change the way thread rolling is done.

Putting Our Customers First During the Deburring Process

Superior Thread Rolling assigns our highest priority to customer satisfaction. By listening to our customers and creating solutions for unmet needs, our company establishes effective relationships with customers. Our team has gained a reputation for trust and respect that has paved the way to STR becoming the Supplier of Choice. By choosing to partner with Superior Thread Rolling for all of your deburring needs, you are choosing outstanding customer service for yourself.